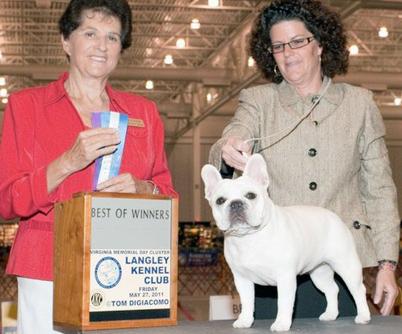 Disqualifying colors and patterns include, but are not limited to, solid black, black and tan, black and white, white with black, blue, blue fawn, liver, and merle. Black means black without a trace of brindle.

Gait: Correct gait is a “four tracking” foot pattern with the front track wider than the rear track.The movement should have reach and drive and is unrestrained, free and vigorous.

Temperament:Well behaved, adaptable, and comfortable companions with an affectionate
nature and even disposition; generally active, alert, and playful, but not unduly boisterous.